The only thing more clear than the power of Atkins’ bull rush is that he prefers to do his talking on the field.

And so far, that has worked out for him just fine. Atkins, 30, inked a four-year, $65 million contract on Tuesday that could keep him in Cincinnati until he retires, which he said was more important to him than testing the market. 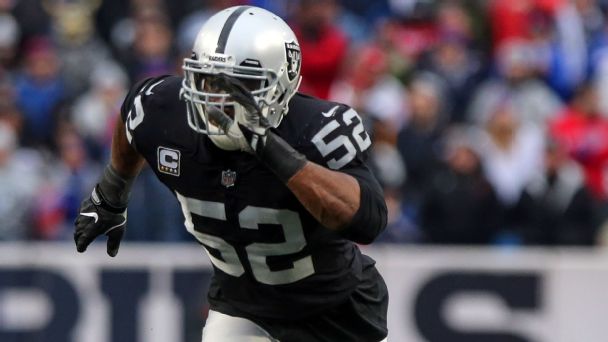 If Atkins had hit free agency, teams would have been salivating to pick up the defensive tackle, who is second in franchise history with 61 sacks. Dunlap, who himself signed a new three-year, $45 million deal on Tuesday, leads Cincinnati with 64.5 sacks.

“I can’t name too many top-end rushers who have a dominant presence like Geno inside,” Dunlap said. “He don’t say a lot as you know, but he plays big. He lets that speak for himself.”

Atkins has made a career out of embarrassing offensive linemen, even in the preseason. Last Sunday, Atkins bestowed that honor on Buffalo Bills guard Vladimir Ducasse, gaining enough leverage to lift him off his feet and push him into quarterback Josh Allen. The 6-foot-1, 300-pound Atkins is 4 inches shorter and 30 pounds lighter than Ducasse.

“I don’t feel bad because I’m trying to do my job and they’re trying to do their job. So it is what it is,” Atkins said.

For as little as Atkins has to say in public, his competitors have even less to say to him.

The tandem of Atkins and Dunlap promised one thing when they signed their new deals: They want to get to a Super Bowl. It’s one of many common goals they have despite being so different.

Dunlap is as jovial and chatty and as Atkins is silent. When they held a joint news conference to announce their new deals, Dunlap jokingly pushed all the recorders toward Atkins.

Atkins might go weeks without posting to his social media accounts, fittingly named @genosacks. But he does share small insights into his life, whether it’s a photo of his dog, a video of himself in robes at the Wizarding World of Harry Potter, or an announcement that he’ll be a father this year.

“The blessing was my wife being pregnant,” he said. “Signing the contract is icing on the cake. Being blessed to have a boy or a girl is amazing.”

Although Atkins has done sporadic interviews over the years, it’s more likely to hear him on a radio advertisement in Cincinnati than at a podium. His last meaningful interview was after the 2015 AFC wild-card loss to the Pittsburgh Steelers, when he gave a rare look into how it was one of the hardest losses of his career.

Atkins is thoughtful and insightful when he wants to be, but when asked to give a reason as to why he doesn’t speak, he said others had better stories than him.

“I’m not that interesting to talk to,” he said on Wednesday.

To his teammates, that’s just Geno being Geno. To opposing linemen, the son of former NFL player Gene Atkins is a one-man wrecking ball whose specialty is the bull rush.

“I just think really a bull rush is more so my will against your will, honestly,” he said.

That drive to be the best still pushes Atkins as much at 30 as it did at 22. Atkins knows it would be a feather in another player’s cap to catch him sleeping.

“Honestly, I go out there on Sundays and you’ve got the next guy trying to kick your ass, so I’ve got to bring my A-game because I go there half-stepping, that’s a knock on somebody, being like, ‘I just got the best of Geno Atkins,’” he said. “I try to go out there and perform the best. You aren’t going to win every time, but honestly, I try to go out and do my best.”

Atkins said he hasn’t thought about the possibility of one day entering the Pro Football Hall of Fame.

“You try to start looking into the future, that’s it. You are just looking. I just try to do my job and do it good,” he said.

Just don’t necessarily expect him to give a speech if he gets into Canton one day.

“Only time will tell,” he said.