Home » Snooker » You are reading » 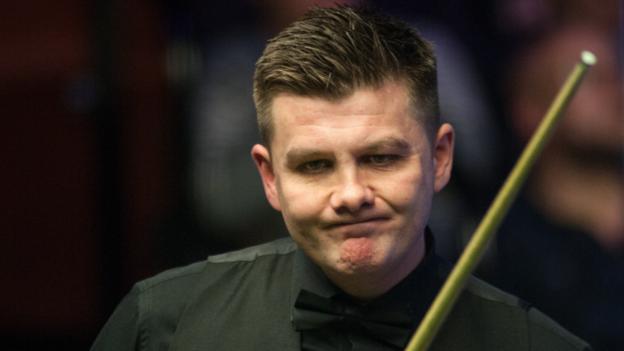 Defending champion Ryan Day was beaten 4-3 in the first round of the Riga Masters in Latvia by Ali Carter.

The Welshman beat Stephen Maguire in the 2017 final to win his first ranking title but fell at the first hurdle this year in a match that went to the wire.

Day’s compatriot Lee Walker is also out after losing 4-1 to Joe O’Connor.

The biggest upset of the first round saw Barry Hawkins bow out with a 4-3 loss to Li Hang, while tour newcomer Ashley Carty also produced a shock result to down Anthony McGill 4-2.

Williams will face Zhang Yong in the second round, Jones takes on Chris Wakelin, while White faces a difficult test against Joe Perry.

Stephen Hendry on how the 'yips' ended his snooker career

Indian Open postponed because of floods in Kerala

Ronnie O'Sullivan pulls out of European Masters qualifying round